The recent Forest Lake Kmart Launch Acquisition Campaign and Scratch & Win.
A
Written by Alice Haywood
Updated over a week ago

A recent Kmart Launch Acquisition Campaign and Scratch & Win competition at Forest Lake proved very successful in gaining new users to the app, engaging and interacting with customers and creating a great atmosphere around the new Kmart store opening.

Campaign: To leverage the anticipated increased foot traffic due to the opening of Kmart, a two-part campaign was created. A promotional cart was bumped into the centre which stocked free treats (popcorn, fairy floss and donuts). The treats were exclusively free to app users and incentivised people to download and engage with the app. The major prize draw of the chance to win 1 of 10 $250 gift cards was an additional incentive. A tall-board was installed with a QR code which linked to the app in the app store (for people who didn’t have the app), otherwise for existing members, once scanned it entered them in the draw to win 1 of 10 $250 gift cards as an extra incentive. 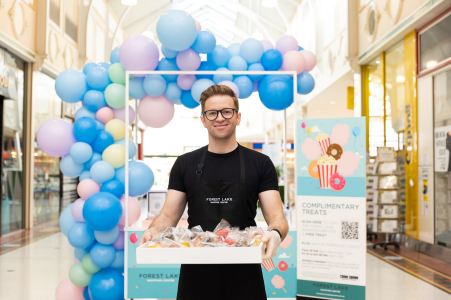 The free treats were individually packaged and had a sticker on each with a QR code which triggered a scratch and win instant prize. Prize examples are massage vouchers, EB Games gift cards, nail salon gift card, free coffees and free slime kits. App users were given 7 days to collect their prizes.

The campaign overall was a great success, with the target’s beaten significantly, KPI’s and results can be seen below:

• 200 new users over the campaign period

• Number of new users attributed to the campaign: 605 new users

After the campaign, any new users gained during the campaign period were eligible for a Free Donut from Wendy’s, as a welcome gift. Incentives or freebie’s such as these, to welcome new users to the app and to continue and encourage app usage after the campaign is valuable.

Did this answer your question?